A-Designs Audio
A-Designs' objective is to provide you with the best possible solutions built in the form of audio products built on solid technology for the best possible performance in your studio, stage, or standalone applications. QUALITY WITHOUT COMPROMISE, expresses the commitment to the highest standards, augmented with creativity and the promise of friendly professional service.
Flagship products 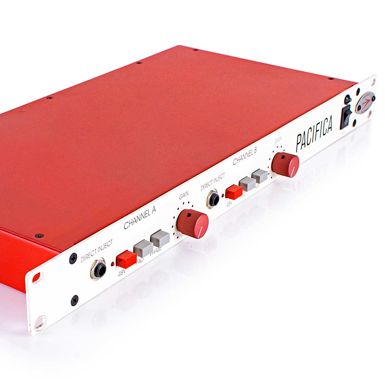 A-Designs Audio Pacifica
Designed, built, and extensively "ear-tested," by long-time recording industry veterans, the A Designs Pacifica takes its sonic signature and name from the revered Quad Eight mixing console. However, the A-Designs Pacifica has a sound and character all its own. Praised by top professionals for having the depth of a Neve, the midrange of an API and the high-end of a Massenburg, the Pacifica has firmly established itself as the go-to preamp for an impressive list of Grammy-winning and platinum-selling engineers and producers. 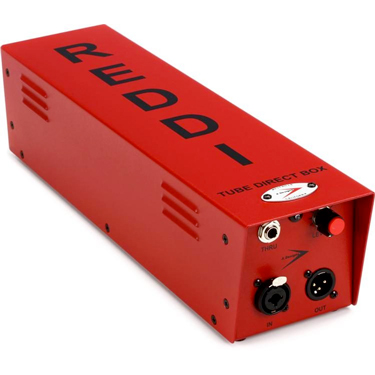 A-Designs Audio REDDI
The number of A-Designs REDDI's in use on stages and studios all over the world is nothing short of staggering. Quite simply, there just is no better sounding way to convert an instrument or line level signal to XLR.

Designed with the help of top studio engineers and bass players, REDDI has been widely praised by engineers and bassists all over the world as the best-sounding DI solution on the market today.
Also available from Systemes Guinois